Tripawds ASAP grant #4 goes to Tripawds member dozer4567 to help pay for Dozer’s amputation surgery. Read on for his story, and learn more about the Tripawds Amputation Surgery Assistance Program.

If I had to describe my dog in one word, it would be resilient. Dozer is one of the sweetest smartest dogs I’ve ever owned. He has been a part of my family for 8 years. Dozer has been through everything with my 7 year old son and I as we faced all the ups and downs life has given us. He is a comedian, always entertaining us with his silly traits, weather it’s his confused looks as he stares at the TV wondering what this animal is on the screen making noises. Or the way he can shred a rope toy 5 minutes after I have bought it for him and it’s gone. Completely unraveled in pieces surrounding him. He has been the star of a few videos, mainly him demonstrating how to dig a hole to China.

Since he was a puppy he has loved—and I mean loved—to dig holes as deep as he is long. And that look he gives you, when you have pulled up at home. He looks up and is covered in dirt on his face and arms, with the biggest smile on his face. And all I can do is laugh and wonder how am I ever gonna get the that dirt, back into that hole.

He has enjoyed the outdoor life with us camping and hiking. Swimming and running down the river banks.

Dozer was puppy I got when I was pregnant with my son, so he is my real first born. But he has been there in my son’s life since I brought him home from the hospital. He has looked over him and loved him. Tolerated his terrible twos right alongside me. Even now he crawls his big butt on the bed, every night, one paw at a time , as slow as he can as if no one is noticing and sleeps with him.

Unfortunately, another member of our family, our dog Junior, and he had begun not getting along this past year. We had a few minor incidents happening between the two that would be random, sometimes they would be fine in the yard together while we were inside. Regardless, we kept Dozer from going outside unsupervised around the other dog. One day while I was at work Dozer got outside through an open window with a screen in it. I drove up to my house just in time to catch them fighting in the yard.

Immediately when I came home they stopped and I was able to get to Dozer and saw that his leg was broken terribly, along with some wounds that ended up being superficial. I rushed him to the vet immediately to find out that it was indeed broken and that surgery was financially out of the question for us. Along with it needing to be a very lengthy and tough healing process. I had to choose to let an otherwise healthy dog be put down, a dog that was strong enough and resilient enough to get through anything…

Or, choose to have his broken leg amputated. All I had was the rest of my IRS tax refund in savings, (something that would have otherwise been empty) and I would have never forgiven myself for not spending the money when I had it to save his life. So we began the process of having him recuperate from some of his injuries and prepare for surgery in two weeks. Well, a week rolled around the the doctors said he was healing better than expected and we could do the surgery sooner. 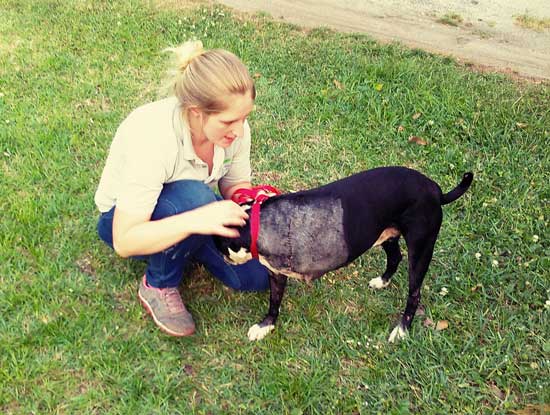 On a Wednesday, I dropped him off to get it done. As the day progressed it’s all I could think of and worry about. How was it going? Is he going to be depressed? Will he be able to sit normal or have trouble finding his center of gravity? When four o’clock rolled around they called me, “Dozer is OK. He handled surgery great, the leg is gone, and if you would like to come by and see him today you can, but it would better if he stayed the night.”

So I hung up, got off work and headed there. When I arrived Dozer was awake from anesthesia but was very groggy laying down with only his eyes looking around. When I approached the kennel and began petting him and talking to him his tail was able to manage a single wag. He was still happy to see me and fought to show it. I said my goodbyes and would be back the next day to pick my boy up.

As the Thursday after surgery winded down I made my way to the vet again. I entered and sat down with the doctor to go over Dozer paperwork and in the middle of all that I noticed another lady coming around the corner waking a dog on a leash beside her, it was my Dozer. Just a trotting along making it work on three legs, excited to see me and rushing to the door.

Ready to go. My heart swelled up as well as my eyes, I couldn’t believe here was my boy walking along and laying down to rest when he saw were weren’t quite ready to leave. He acted like, “It’s all good mom no big deal.” All the heartache I had felt and the worries that consumed my mind were at (somewhat) an ease.

We went home and began the healing process. Not until a couple days after did the doctor call to tell me that my trooper, was positive for heartworms. My heart sank as she told me the news , and knowing that I didn’t have any more money saved up for the treatment at hand. I had already previously looked to the Tripawds organization for all their helpful insight on what to come and even after care. Then I found the fund involving the reimbursement for the partial amputation cost.

Here was my one chance at a head start at not a reimbursement to my savings, but to continue part 2 of saving my boy’s life. The ability to move forward in his treatment sooner than rather later would be such a blessing I don’t believe his heartworm case is moderate or severe but it’s there and I want to get it taken care of as soon as his condition is stable from his surgery. Right now we are monitoring him and watching very closely for infection and he is on multiple antibiotics. But he is happy, and eating, healing , and would let us walk him around the whole block if we let him.

So we’re pretty confident he is on the right road and not backtracking in his healing process. If we were to be chosen to win this month’s available funds it would be lifesaving. I’m a single mother who can just manage to keep everything a float and comfortable for my son, my pets, and my self. So to have such a big chunk of his heartworm treatment cost covered would be amazing. 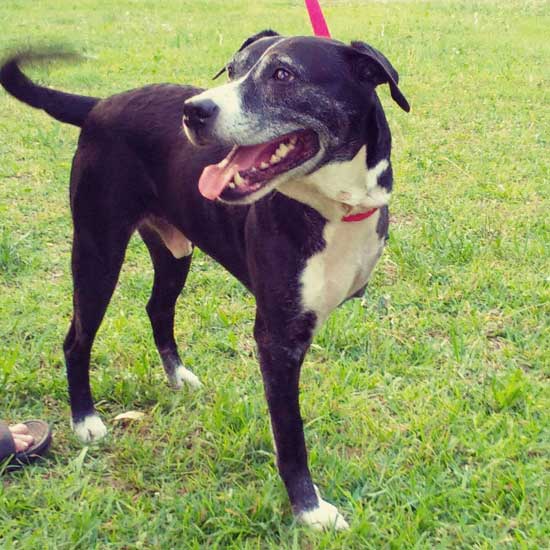 I thank you so much for your time reading about our story and just general thank you to you and all the Tripawds gang for creating this awesome online community that was so helpful to us as well as many others.

1 thought on “ASAP Fund Helps Dozer and His Pack”