I’m so happy that Sessy passed her X-ray this week!! It’s so hard not to interpret every little thing as a decline….. so I’ve been putting myself through hell the last week. I’m working so hard on “being more dog“, and just loving her for however long that is.

Sessy came to me in 2008, two months after I lost my first greyhound Babboo to lymphoma. Sessy came from a racetrack in Oklahoma along with 29 other greyhounds in what is called a greyhound ‘haul’. For the haul, 30 greyhounds were brought to California to be distributed statewide between several greyhound rescue groups. For the haul a huge long trailer is used that can fit 30 dogs at a time for adoption from other states that still have dog racing. 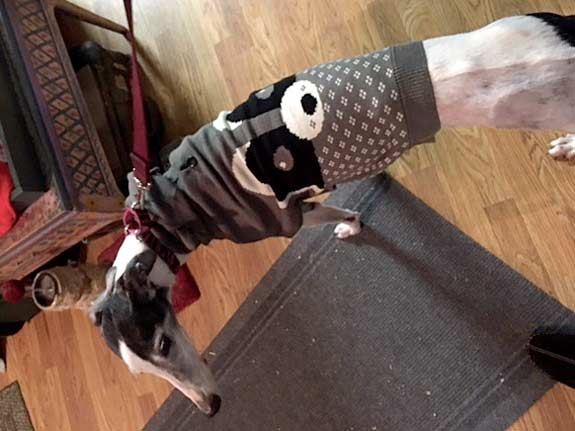 Sessy is sweet, goofy, loving, gentle, beautiful……..and loves everyone, human and animal alike. Also like most greyhounds, she is very lazy….and a professional couch potato. 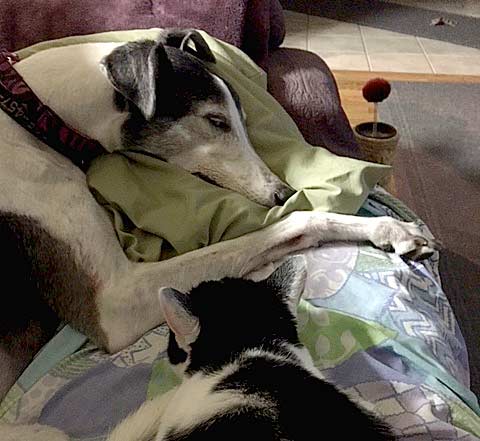 Even though she is 11, if another dog runs past her at a dog park, she immediately turns into a four legged two year old who can still outrun most.

~ Gayle
Just trying to spread the good karma around. 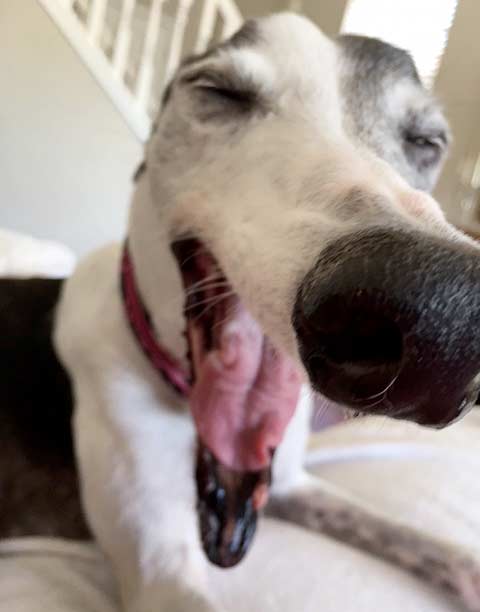 2 thoughts on “Sessy, sniffing out cancer…”