Atticus is a 10 year old Tripawd Catahoula/German Shorthair Pointer. We adopted him in 2018 from Multnomah County Animal Shelter. He is my adventure dog. We’ve run, walked and hiked hundreds of miles in those three years. In September 2021, Atticus was diagnosed with suspected osteosarcoma. A Facebook friend referred me to the Tripawds website.

Atticus’ leg was amputated on September 27th. Surgery was more complex as the cancer had metastasized locally. To get clean margins, a larger section of muscle was removed. Recovery was tough. It took him three days to walk, a week to stand up on his own and two weeks to get up and move around on his own.

New Tripawd Catahoula Atticus was depressed and listless as he adjusted to life on three legs. Going out and doing the things he used to do perked him up. I took him rehabilitation therapy so that he could be strong and get back to things he loves- hikes, long walks, and humping dogs at the dog park. 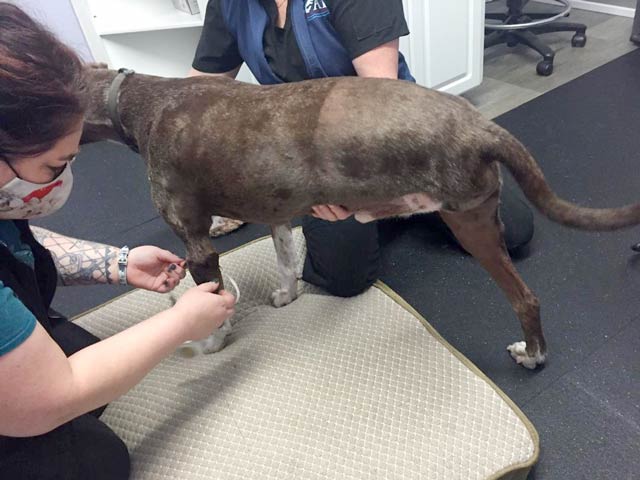 His rehab appointment was timed well. Before the appointment I started noticing some pain signals. He was groaning getting up and down and having a difficult time settling down and sleeping.

Our initial consultation at Salem Oregon Animal Rehabilitation (SOAR) was with Dr. Julie Rowley, and Sarah Ostrin, both of who are CCRP certified. Two things were apparent in their evaluation: 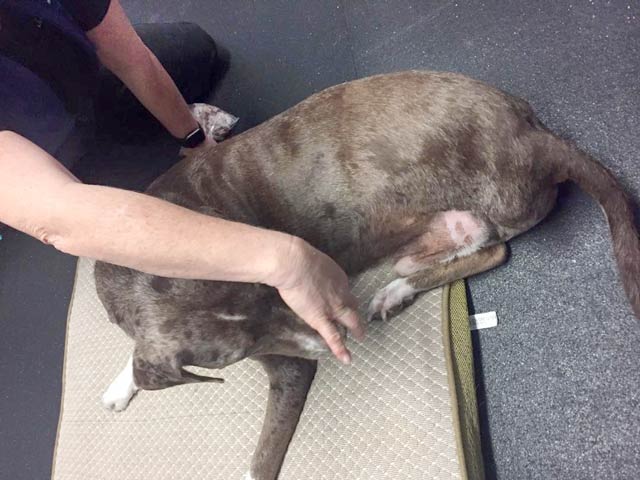 Rehab for Atticus would have two goals- break up adhesions at the surgical site and get the muscles to relax and stop spasming, while maintain his good gait and muscle tone. I have two home exercises to do in between rehab visits to accomplish these goals: 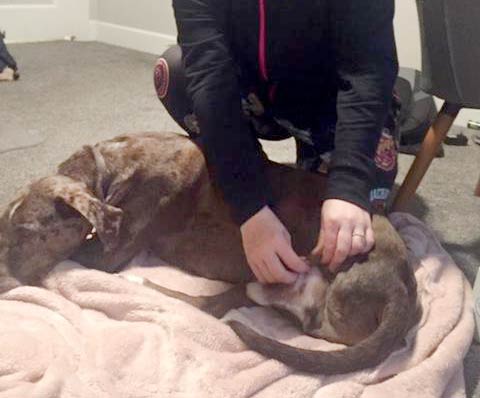 Our final activity was everyone’s favorite, the water treadmill. Atticus has spent a lot of time playing in creeks and oceans. He got right in, and figured out the treadmill in less than a minute.

As a final thought, I am so grateful that I decided to take Atticus to rehab. The cancer, amputation and chemotherapy journey is overwhelming, and I constantly question if I’m making the right decisions for Atticus. It feels very comforting to have found veterinary professionals who are committed to helping me improve quality of life for my Tripawd Catahoula Atticus.

~ Megan and Atticus (aka: meganandatticus)